What I learned over summer vacation

I’ll warn you now: this may be long. So if you don’t have a minute or two, just stop reading now.

To preface, I’ve been in a bit of a spiritual funk lately.  I’ve been totally unable to get myself to spend any time reading the bible or anything else that might offer spiritual guidance. Praying has felt like talking to the ceiling. And I really haven’t cared.

For years, I’ve felt emotionally disengaged from anything spiritual. And I’ve been fine with that. Emotions are fickle things, not something I want to base anything as significant as my spiritual life on. No matter how I feel, certain things are true. God is real. He is sovereign. He loves me. Even when circumstances make it hard to feel that way, that is Truth. I will base my life on what I know to be true, not what I feel.

But then, I started to forget how I know these truths to be true. The forgetting happened slowly, without me really being aware of it. I reached a point where I would sing the songs at church on Sunday, questioning whether I truly believed what I sang. I certainly didn’t feel amazed at the grace of God, and now I wasn’t even sure I knew it to be true. I knew that I used to know, but I could no longer remember why. It bothered me.

Then we went to Colorado this summer. Listened to some great speakers like Tim Keller and Keith Battle. I felt like the seized-up gears of my brain were starting to be oiled, just a little.  Then we heard Josh McDowell speak, and got a copy of his book “More than a Carpenter.” It’s a little book that I read years ago, probably in college, but had forgotten most of. Rereading that made those rusty gears start turning again. (If you’ve never read it, I highly recommend it.)  I remembered how and why I have based my life on certain truths, and once again knew that I really do believe those truths.  My intellect was again engaged with the one true God. And it was good.

Once my brain began to reconnect with the truth of God’s word and God’s world, I started to consider my emotions. It began with spending some time in the mountains. Looking around me, I was reminded that the creator of all the majesty, beauty, power, and even fragility that was before me had also created me. Loved me. Sacrificed himself for me. And I felt something. A sense of awe, of thankfulness, of wonder.

The last night of our conference, I thought about how I’d felt on the mountain and began to ponder why I don’t like to show emotion when it relates to spiritual matters. What am I afraid of? And I realized that for years, I have feared that allowing my emotions to surface would make me think less. Back in college, I was briefly involved with a group that put a lot of emphasis on “feeling” spiritual, and not so much on really knowing God. If you didn’t have the right feelings and the right emotional reactions, then you must not be spiritual enough. Ever since, I’ve pushed back against that by saying that emotions have nothing to do with it. And they don’t. But they do.

That night in Colorado, I realized that it is possible for me to engage both my mind and my emotions. Emotions aren’t a spiritual barometer. They’re not stable enough to use as a foundation for anything. But they can be part of an appropriate response to the love of an almighty God.

Now, don’t expect me to go getting all teary-eyed every time I speak (or sing) about God. That’s just not me. But I hope that I’ll continue to trust both God and those around me enough to know that I can be intellectually engaged and still allow my emotions to flow. 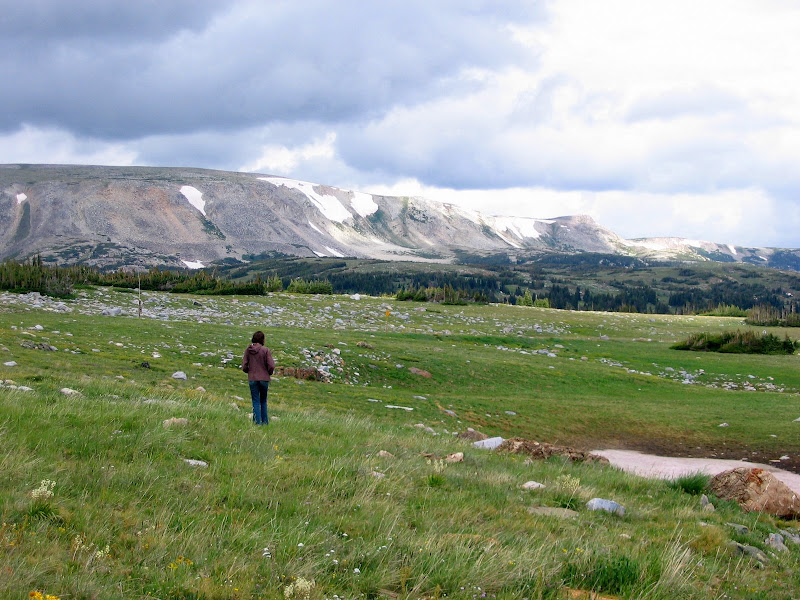