The buzz is growing 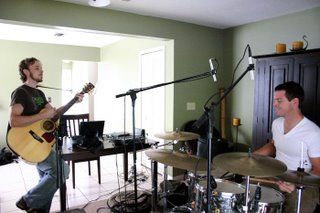 I’ve kind of kept it under wraps that I’m in a band. I’m pretty geeked (that is to say I’m right chuffed for all you England readers). Anyway, I’m playing keys as well as a bunch of other instruments with The OaKs. We’ve been getting good press coverage in several indy music blogs and getting a bit of college radio play as well.

I’ll post some pictures from the show later this week if I get any.