Look what Fay brought us

It has been wet and windy and probably will be for another day with the way this storm is tracking. But apart from losing power for a couple of minutes it’s been pretty much a non-event. It has made these guys appear in the streets. 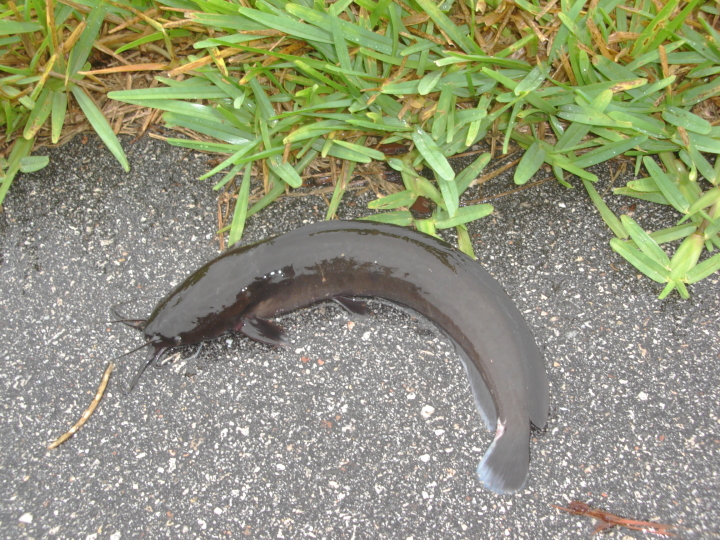 Our friend counted 27 of them in the sub while jogging this morning.

This is from the channel 13 news:

The walking catfish uses its pectoral fin to shuffle up the street and can breathe out of water as long as it stays moist.

Dianna Fernandez maintains the lawns in the area and drove up on the incredible sight.

“I was, like, ‘No way, there’s fish in the street.’ And I kept going further and further, seeing fish everywhere. In driveways. I’ve never seen anything like it,”

Paul Shafland, a scientist with Florida Fish and Wildlife Conservation Commission said walking catfish can travel short distances on land as long as they stay moist.

“Scientists say these walking catfish are pretty tough. They actually live in storm drains, and when it rains a lot they come up with the water and start walking around the streets….”

It has been raining a lot! Apparently they are quite edible. Dinner tonight?