Challah, how are you?

On 11 September 2008 by Lisa With 2 Comments - family fun, Random ramblings

A few weeks ago I decided to try my hand at making challah. I searched the web for recipes, and picked one based on what ingredients I had (or didn’t have) on hand. Six and a half hours later, here’s what I had: 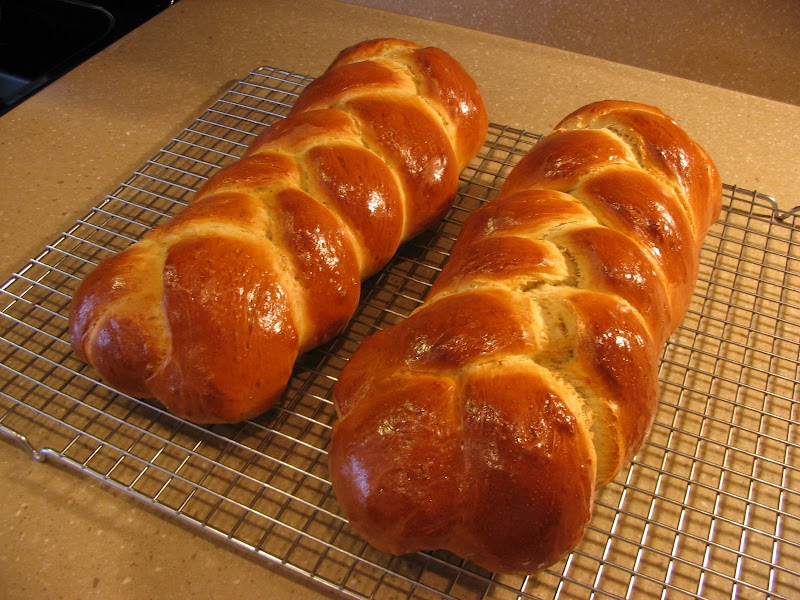 Beautiful! Gorgeous! So much better looking than I expected!

I decided to try again today. I searched for another recipe, read the reviews and suggested changes, and went for it. Four and a half hours later, here’s what I have: 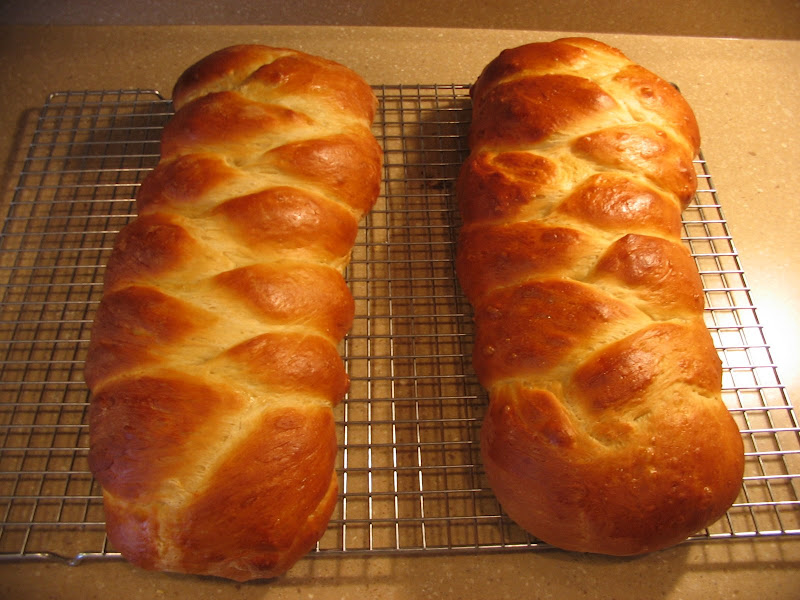 Not quite as beautiful as last time, but not too bad.

The taste? Better than my first attempt. Much sweeter and more moist. But still, not quite right either in flavor or texture. The dough was so soft and sticky that I had to keep adding more and more flour. The recipe called for 8 cups. I must have used at least 10. I also think I didn’t knead it for long enough, but it was hard to do when it was so sticky.

I guess I have to keep looking for another recipe. Any suggestions, anyone?