I love lemon curd. It wasn’t something I ever had growing up. In fact, it was one of the foods that Tim’s family introduced me to when we were dating. We used to show up at their place when the food in our college dorm was inedible, and Tim’s wonderful parents always wanted to make sure we were well-fed. There was a usual litany of foods that we’d be offered (beans on toast? sardines? tinned fruit? Little Debbies?), and I actually don’t remember lemon curd being among them. But at some point it was offered to me, probably on toast, and I was hooked. My favorite is to have it on a toasted English muffin… mmmmmmm.

I’ve recently gotten totally hooked on kumquats. I have an itty-bitty kumquat tree growing in a pot in my backyard. It’s only about three feet tall, including the pot (!). 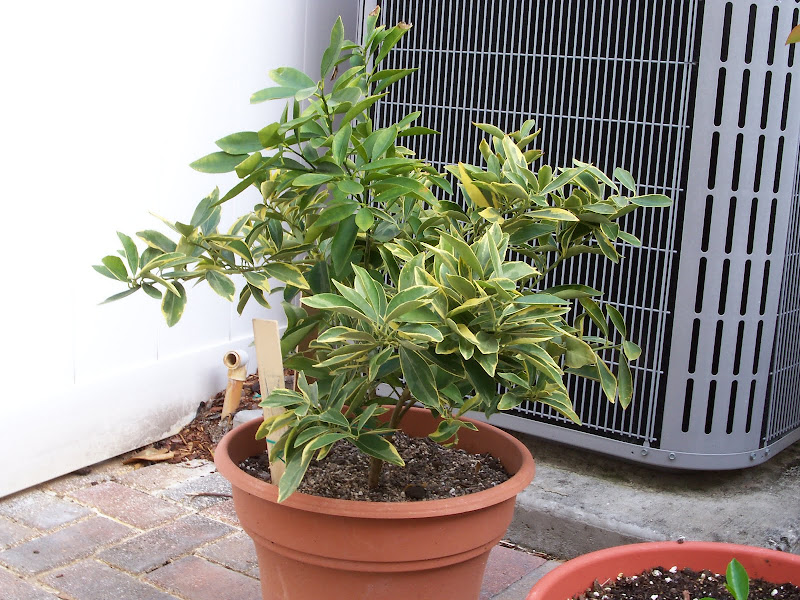 But it put out a surprising number of kumquats. And they were HUGE: 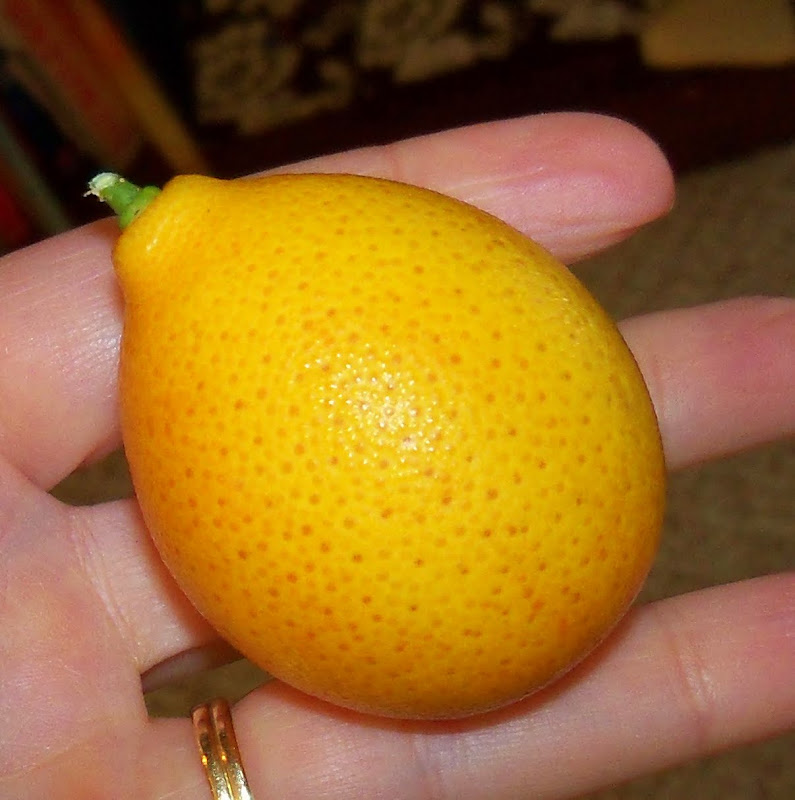 I’ve eaten a few out-of-hand and pureed and froze some a few weeks ago. The last of the “crop” has been sitting on my counter for over a week now, and time was running out on them. It was time to try making them into something. A kumquat curd had been suggested to me at some point, so I decided to give it a go today.

Google found me plenty of references to kumquat curd, but no actual recipes. Most people mentioned using a lemon curd recipe, so that’s what I did. The results were AMAZING. I can’t wait for my tree to produce more kumquats so I can make more of it. I want to get some canning equipment so I can make it by the gallon and preserve it.

A note about the ingredients: of course, lemon curd is made from lemon juice. Kumquat puree is a lot thicker than juice. When I added it to the curd, it seemed too thick so I wanted to add something to thin it. I would have used lemon juice, but Bethany used the last of it to make lemonade this morning. So I used a little splash of lemonade, and it seems to have worked well. If you don’t have lemonade, use a little lemon juice, orange juice or water. Oh, and don’t use lemonade that’s made from a powder or mix. That just wouldn’t be right. 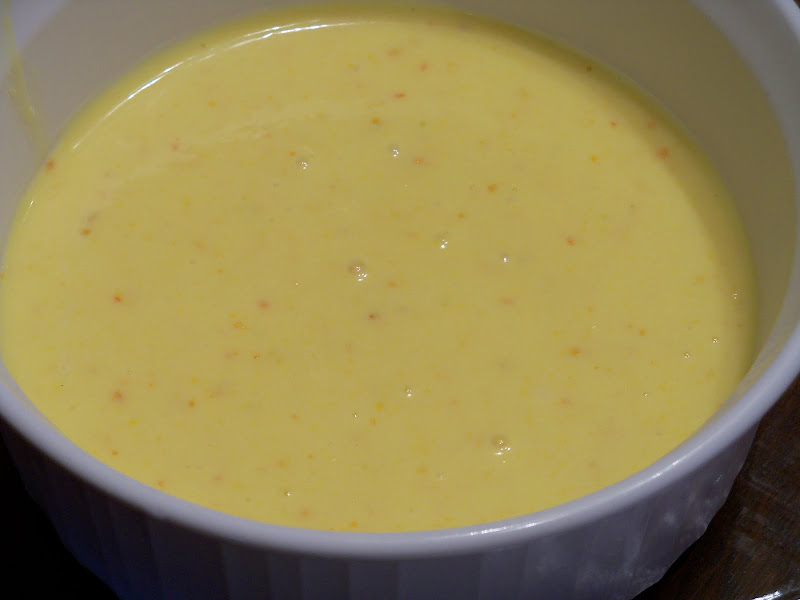 Put about 1 inch of water in a medium saucepan. Bring to a simmer over medium-high heat. Meanwhile, combine egg yolks and sugar in a medium-sized metal (or heat-proof glass, like Pyrex) bowl and whisk until smooth, about 1 minute. Add the kumquat puree and just enough lemonade so that everything comes together into a smooth mixture. Once the water reaches a simmer, reduce heat to low and place the bowl on top of the saucepan like a double-boiler (the bowl should be large enough to fit on top of the saucepan without touching the water). Whisk until thickened and smooth, about 8 minutes, or until mixture is a light creamy orange and coats the back of a spoon. Remove immediately from heat and stir in the butter one pat at a time, allowing each piece to melt before adding the next. Transfer to a clean container. Alton’s recipe says to lay plastic wrap directly on the surface of the curd, I assume so that it doesn’t form a skin. I just covered the container and it’s been fine. Refrigerate for up to 2 weeks (as if it will last that long!).

**To make kumquat puree, wash kumquats well and remove any stems. Do not peel. Cut in half and remove the seeds, then puree in a blender or food processor until it’s as smooth as you can get it (which won’t be completely smooth). Puree can be frozen in zip-top baggies.

I also made a kumquat meringue pie, but we haven’t tried it yet (it’s still cooling). I’ll let you know how it turns out. If it’s any good, I’ll post that recipe too.